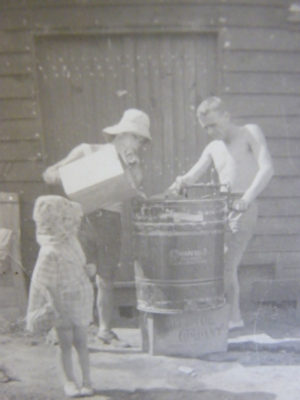 Marsh’ s Honey is a third generation family owned business in Ettrick that was established in 1934. It is currently owned and operated by Russell and Trudie Marsh.

Ettrick is in the Teviot Valley, Central Otago which encompasses the other small towns of Millers Flat, Roxburgh, and Lake Roxburgh Village. It is renowned for its iconic stone fruit, apple and cherry orchards, and berry fruit.

Back in 1934, Jimmy Hamilton, an Ettrick local, had a swarm of bees on his property on State Highway 8, and asked another local, a young man Charlie Marsh to take them away if he wanted them, and as a result a beekeeping business developed over the following years around the small settlement of Ettrick. 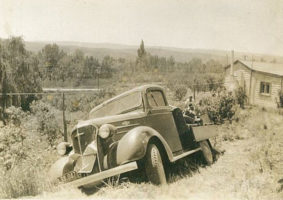 Charlie Marsh constructed a honey house from part of an old orchard packing shed in Marsh Rd, and used to shift hives around using a horse and sled. In 1937 he replaced the sled with a Chevrolet truck, which is still owned by the family today. The picture was taken on an occasion when it got stuck!

Much of the honey was sent overseas to soldiers serving in World War 2 and the rest Charlie took to Dunedin to sell around the shops, trading as “Chas Marsh”.

In 1948, the business was shifted from Marsh Rd to the current property in Ettrick Rd which also had a small orchard.
In 1968 Charlie’s son Brian, and wife Lyn (Russell’s parents) bought the property, and the business which had grown to 200 hives.

By 2003 Marsh’s Honey had grown to just over 500 hives, and this time Russell and Trudie decided to continue the family tradition. The current operation is made up of around 1000 hives collecting honey and pollinating crops across the valley orchards and tussock high country of the Teviot region in Central Otago.

The Marsh’s Honey brand is well known for its white high country clover honey.   It is also recognised for the long standing pollination services that the bees have provided on farms and orchards throughout the Teviot Valley.

The honey has a unique mild flavour, smooth texture and creamy white appearance. 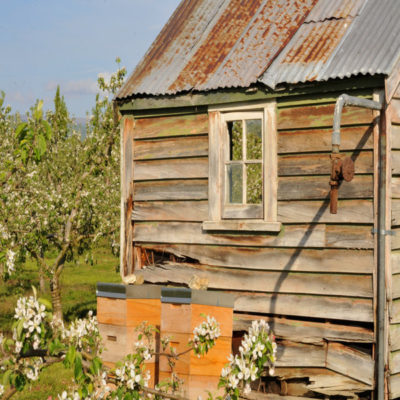 It remains a small scale artisan business that continues to use traditional methods to produce the Marsh’s Honey products. The beekeepers understand the current day threats to bee health worldwide but rest assured at Marsh’s Honey they strive for sustainability with careful management practices. Each year the preference is to leave the bees with a generous amount of honey on each hive so they can survive what can be difficult spring conditions in Central Otago. This also means there is no need for artificial supplementary sugar feeding which allows the bees to have better nutrition and helps maintain the distinctive flavour of the honey. 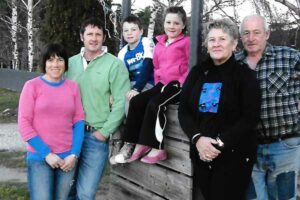 As well as the family tradition in ownership, there is even continuity in the bees. Due to the practise of raising their own queens, there is likely to be lineage going back to the Italian queens Charlie introduced in his era.

Marsh’s Honey products can be found in fruit stalls, cafés and supermarkets in the Otago and Southland region, some supermarkets in Christchurch and speciality food stores in Auckland and Wellington.

Marsh’s Honey are proud to be a menu option at Al Brown’s Best Ugly Bagel franchises and also have NZ chef Annabelle White as a big fan.

At Marsh’s Honey we believe in supporting our local communities within Central Otago. We are pleased to be recognised as a proud employer of a fire and emergency volunteer. Our right hand man Pete Dacy is part of both the Millers Flat and Lawrence Volunteer Fire Brigades in Otago. He and Russ recently were featured on TV Three’s AM Show 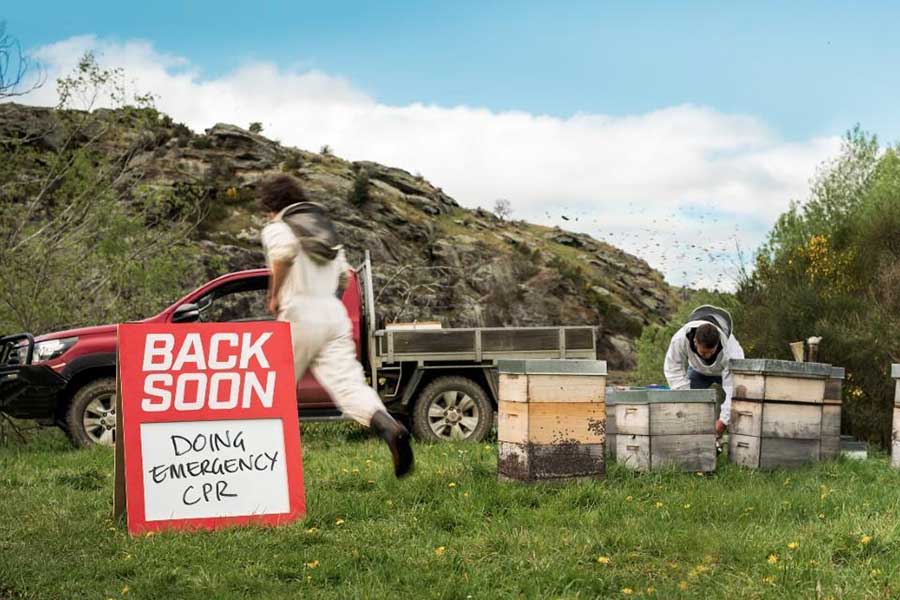 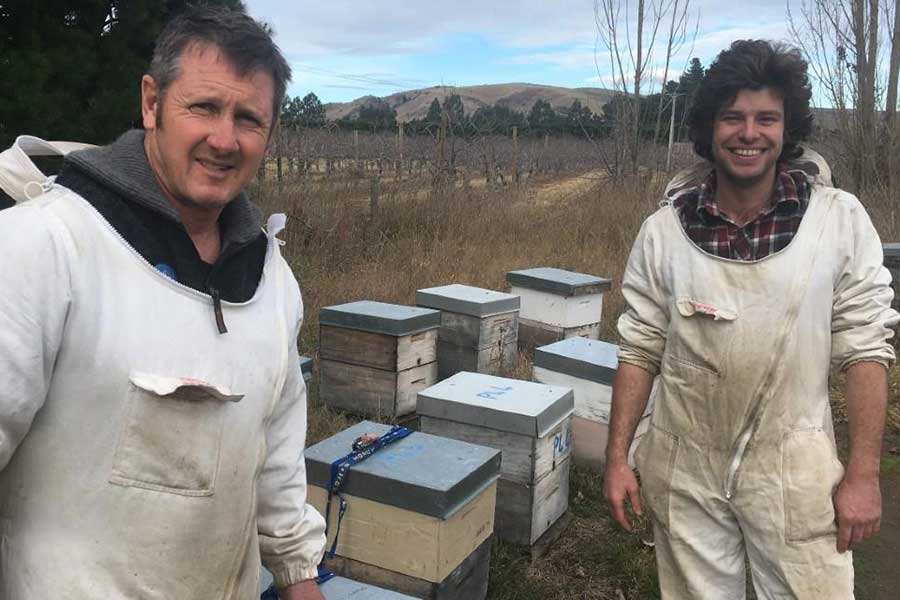